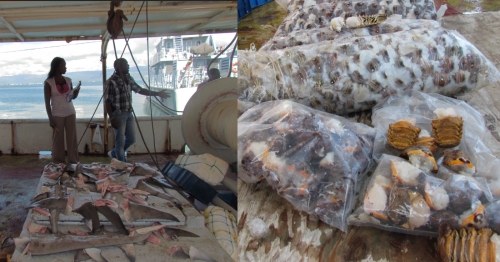 Jamaican authorities have intercepted foreign vessels fishing illegally in their waters. Here, a vessel from Venezuela was caught with illegal catch. (CRFM)

Belize City, Friday, 8 October 2021 (CRFM)—The Caribbean Regional Fisheries Mechanism (CRFM), an inter-governmental organization of the Caribbean Community (CARICOM), announced this week that several of its Member States in the CARICOM region had signed The International Declaration on Transnational Organized Crime in the Global Fishing Industry, also known as the ‘Copenhagen Declaration’.  The countries simultaneously affirmed their resolute support to combat Illegal, Unreported and Unregulated (IUU) Fishing and transnational organized crime in the fishing industry by supporting the Declaration and the Blue Justice Initiative. The Initiative will help to strengthen cooperation among countries and build capacity to address transnational organized crime in the global fishing industry and to combat IUU Fishing.

Speaking at a regional meeting of CARICOM Ministers responsible for Fisheries and Blue Economic Growth on Monday, 4 October 2021, Hon. Saboto S. Caesar, Chair of the CRFM Ministerial Council, and Minister of Agriculture, Forestry, Fisheries, Rural Transformation, Industry and Labor, Saint Vincent and the Grenadines, described the situation as “a very difficult problem,” adding that much needs to be done to tackle this growing threat that has been undermining the progress of the region. 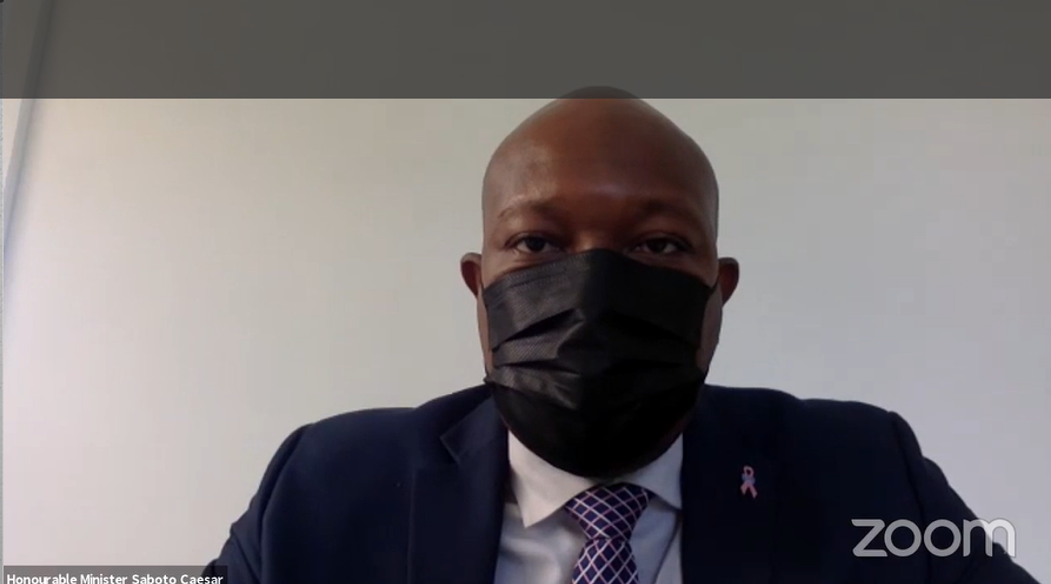 “Available data indicate that IUU fishing accounts for up to 30% of the total global catch, valued at several billions of US dollars…,” Minister Caesar said, adding that “There is a growing body of evidence showing that drug traffickers, human traffickers, small arms traffickers, and traders in contraband goods, among others, are using fishing as a cover to conduct their nefarious activities.”

Minister Caesar said that the CRFM Member States are very grateful for the support and leadership being provided by the Government of Norway in tackling the problem, through efforts such as the Blue Justice Initiative and the Blue Resilience Project.

“We recognize the value of the International Declaration on Transnational Organized Crime in the global fishing industry that was done in Copenhagen, Denmark, in October 2018. It provides a solid framework for countries like ours in the Caribbean to work together with regional and international partners to better understand the problem, share information, and build the necessary legal, regulatory, monitoring, control, surveillance, and enforcement capacity to defeat and eradicate transnational organized crime and IUU fishing," Minister Caesar said.

The CRFM Ministerial Meeting was convened during the 16th Annual Caribbean Week of Agriculture to provide an opportunity for Caribbean countries to formally express their support by signing the declaration. Even ahead of the meeting with representatives from the Government of Norway, the CARICOM Secretariat, and other regional and international development partners, CRFM Member States began to express their resounding support for the instruments, and the Ministerial Council issued a resolution after its 15th Meeting held in May 2021, setting the stage for this week’s milestones.

Member States have attested to the monumental cost of IUU fishing to the region. Hon. Audley Shaw, Minister of Agriculture and Fisheries, Jamaica, detailed the quantifiable cost on Jamaica’s economy, which has lost billions of Jamaica dollars in earnings as well as thousands of jobs. The devastation caused by IUU fishing forced a 2-year moratorium on the queen conch fishery, implemented from 1 February 2019 to 31 March 2021, to allow the fishery time to recover.

“As it relates to queen conch fishing, it is estimated that over the last 20 years (since the year 2000), Jamaica has lost at least US$284 million due to foreign IUU fishing,” said Minister Shaw, who provided a conservative estimate based on illegal foreign motor fishing vessels caught in Jamaican waters and an extrapolation of the estimated average rate of poaching.

“The closure of the queen conch fishery possibly resulted in annual losses of approximately US$6 million in direct export earnings and loss of jobs for some 5,500 Jamaicans. The multiplier effect, resulting from the loss of jobs and export earnings may be as much as US$20 million during the 2-year period,” Minister Shaw added. 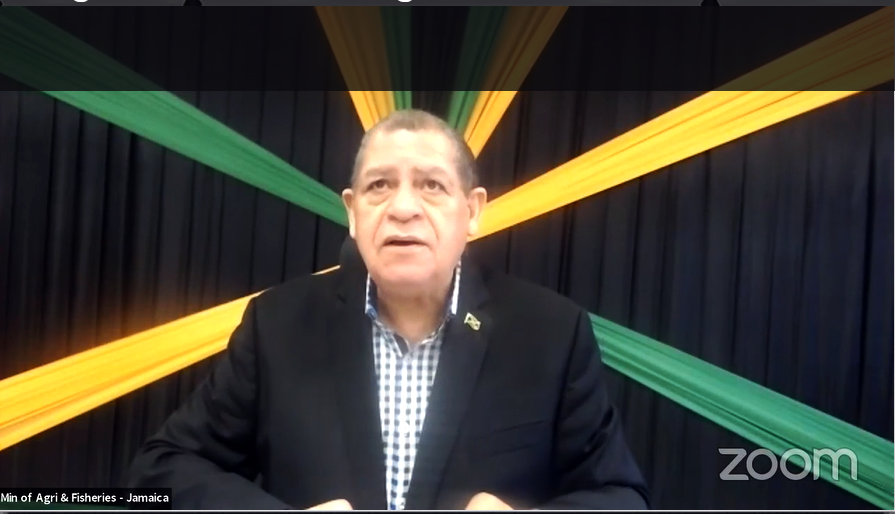 Jamaica was one of the 12 CRFM Member States which signed the Copenhagen Declaration en bloc this week and simultaneously endorsed the Blue Justice Initiative. As of Friday, 8 October 2021, 12 CRFM Member States had deposited signed instruments with the CRFM Secretariat in Belize City, Belize. Those Member States are The Bahamas, Belize, Grenada, Guyana, Jamaica, Montserrat, Saint Kitts and Nevis, Saint Lucia, Saint Vincent and the Grenadines, Suriname, The Turks and Caicos Islands, and Trinidad and Tobago.

"We need to continue to strengthen our collaboration, and I think we will begin to turn the tide on this very difficult issue that we are dealing with—of unlawfulness in the fishing industry and the depletion and degradation of our resources—and to sustainably use and develop these resources for the benefit of our people,” CRFM Executive Director, Mr. Milton Haughton, said, in addressing the Ministers.

Mr. Haughton added that going forward, the CRFM Secretariat will be collaborating with the UNDP and officials from Norway to organize a regional workshop involving technical officials from the Fisheries Departments and Maritime Security Agencies from Member States and Regional Institutions, to map out future needs and identify at least one high priority intervention to be supported under the Blue Justice Initiative.

“This is exciting! I want to take this opportunity to thank all the countries, the Ministers, and the Permanent Secretaries, that signed on to the declaration ... I also want to thank our colleagues from Norway, UNDP, FAO, UNODC, as well as our regional partners: CARICOM IMPACS and the Regional Security System (RSS) for the excellent support and collaboration," the CRFM Executive Director said in closing the meeting.

More in this category: « Fisheries Ministers approve 3 resolutions at Eleventh Special Meeting of the CRFM Ministerial Council
Login to post comments
back to top